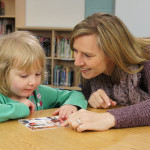 This story was originally published in The Kitchener Waterloo Community Foundation’s Annual Report  Learning to read is one of the essential building blocks of life. Strong Start’s programs aim to help children reach their potential … Continued 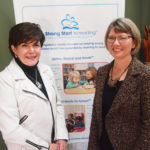 Originally published in Quarterly Exchange, May 2019 Issue – Intelligent Philanthropy  Children’s literacy program ready to scale up by Paul Knowles We’ve all heard the African proverb, “It takes a village to raise a child.” … Continued

Originally published in Hometown St. Thomas Article by Staci Rae Reading is an essential learning tool, one of the fundamental building blocks of a successful school career. Unfortunately, reading doesn’t always come easily to some children, and they … Continued 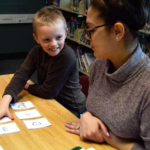 Originally published in the St. Thomas Times Journal Article and photo by Louis Pin Joey Robinson sat in the library at Forest Park Public School in St. Thomas, matching sounds to letters in a game … Continued 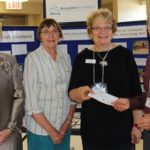 It was supposed to be a simple photo-op. But outgoing Retired Teachers of Ontario District 12 Norfolk president Margaret Payne couldn’t restrain herself. “The program works,” the retired principal interjected in the final set-up for the cheque presentation. “It’s truly wonderful.” The cheque in question represented a $4,000 contribution from the organization’s Project Service to Others Committee to the Norfolk County component of the Strong Start to Reading program. 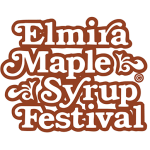 Originally published in the Woolwich Observer by Liz Bevan. This year’s iteration of the Elmira Maple Syrup Festival reached its denouement last week with the distribution of proceeds to a variety of community groups. Some $50,000 was divvied up as recipients and volunteers gathered June 9 in Elmira. 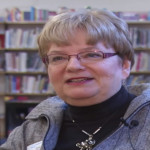 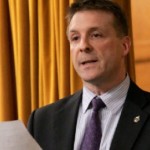 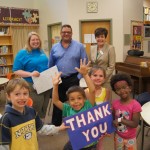 Originally published in the Woolwich Observer By Whitney Neilson Young readers across the region are once again being supported through the Strong Start reading program, boosted from a recent $4,750 donation from Josslin Insurance. Josslin … Continued 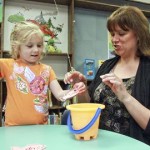 Originally published in Brant News By Brian Shypula A volunteer-based program that helps youngsters grasp the fundamentals of reading is ready to turn a new page in Brant, Haldimand and Norfolk. A $66,600 grant from … Continued

A collection of the most compelling articles, videos and research we’ve come across.

Feedback from our community.

Hear from parents, partners, volunteers, and champions in these videos.